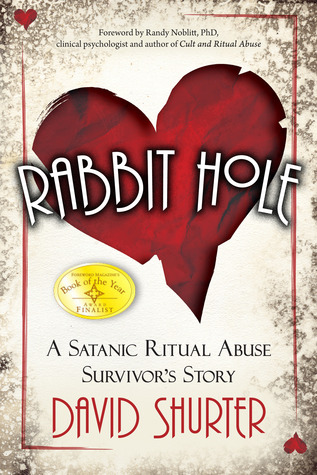 From the nationwide satanic panic in the 1980s to local political cover-ups, shocking kidnappings, unsolved child murders, and scandalous pedophile rings, this book takes you behind the deceptive headlines and, finally, reveals what was going on in Omaha when all hell broke loose. Rich and well-connected members of Omaha’s elite carried out unspeakable acts of abuse and even murder on innocent children. David Shurter was one of those sexually abused survivors forever scarred by the horrible rites performed on him by his own parents and other followers of Satan. It wasn’t until he entered psychotherapy in midlife that long ignored childhood memories came to light, and when he discovered his gruesome nightmares were indeed real. This book, finally, is an expose of the surprising participants and unbelievable horrors involving murder, drugs, lavish parties, pedophiles, suspected government conspiracies, and the Omaha gay scene that cast a dark cloud of suspicion over an unsuspecting city. David Shurter takes you down the rabbit hole.

This is quite a hard book to review, to say I enjoyed it just feels wrong because of the subjects in the book.

It was hard reading and a bit confusing with how it was written in places jumping from narration to newspaper reports but once I was accustomed to the writing style i actually found it quirky and different.

It is hard to believe some of the claims in the book but I am in no way discrediting the author as this was as very brave book to write let alone live.

The world is full of conspiracy theories between the FBI, the media and the Presidents and I have heard that some of the content in this book is just that as there seems to be no evidence backing parts of it up. But at the same time there is no evidence to discredit anything written in this book either unless I have missed something.

Satanic rituals have always fascinated me but not in the sense I want to partake in anything like that, just the phycology behind what drives people to believe and become involved in cults and religion.

This book deals with a lot of really disturbing and emotional elements: religion, sexual and mental abuse of children, Satanism and many other things with fairly graphic content so it certainly won’t be a book for everyone.

I think reading about abused children is always a very hard read and very upsetting, no matter how you feel about the book, the author, or the contents of the book, you can not stop your heart from breaking for everyone involved.

I’m glad I read it and made it to the end but it was a very tough read.

I hope with the publication of this book David Shurter gets the awareness he wants to bring to Ritual Abuse and Satanic Ritual Abuse he is trying to achieve and that by writing all the horrific things he was subjected to brings him some kind of peace.

Gritty, hard hitting, scandalously compulsive reading on a subject that sears the soul.

You can grab a copy of Rabbit Hole now below

Many thanks to the author David Shurter, publishers Concierge Marketing Inc. and NetGalley for my copy of this book in exchange for an honest and independent review.