The Buried Girl by Richard Montanari 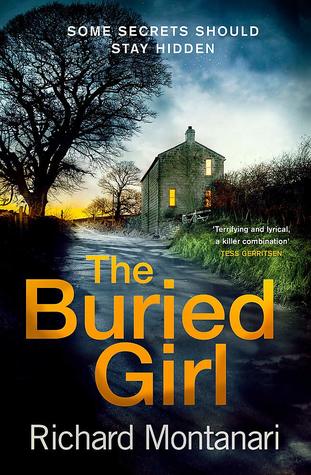 When New York psychologist Will Hardy’s wife is killed, he and his teenage daughter Bernadette move into Godwin Hall, a dusty, shut-up mansion in the small town of Abbeville, Ohio.

Meanwhile, Abbeville Chief of Police Ivy Holgrave is investigating the death of a local girl, convinced this may only be the latest in a long line of murders dating back decades – including her own long-missing sister.

But what place does Will’s new home have in the story of the missing girls? And what links the killings to the diary of a young woman written over a century earlier?

If you have read Richard Montanari’s previous books then you will know exactly what you are going to get picking up this book and it certainly doesn’t disappoint and if you are new to this author then after reading this book you will be rushing out to pick up copies of his previous books!

It is listed on Goodreads as being book 10 in the Jessica Balzano & Kevin Byrne Series but personally I would have put this as a standalone novel or hopefully the beginning of a new series 🤞🏼 New characters and new settings so if this is your first book by this author you can jump straight in, no back story needed and as much as I would love to catch up with Balzano and Byrne again, I hope we get a followup to Will and Ivy’s story!

The story follows Will and his daughter Bernadette from the tragic death of their wife/mother in a house fire to a rural villiage with both father and daughter dealing with their own demons. Has their past followed them from the city all the way to Abbeville? Is it possible that thier shared history is linked to this small rural villiage? And could police cheif Ivy Holgrave’s investigations into the missing girls somehow connect to Will and Detta’s story? And how does a diary written in 1868 connect to all three of our protagonists?

Weaving together multipul storylines, gruesome crime scenes, plot twists and a heart pounding conclusion this is a psychological crime thriller not to be missed in 2019.

Many thanks to the author Richard Montanari, publishers Little, Brown Book Group UK and NetGalley for my copy in exchange for an honest, independent review.