The Love Letter by Lucinda Riley 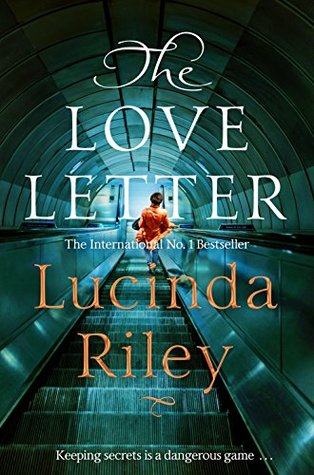 Keeping secrets is a dangerous game . . .

When Sir James Harrison, one the greatest actors of his generation, passes away at the age of ninety-five he leaves behind not just a heartbroken family but also a secret so shocking, so devastating that it could rock the English establishment to its core . . .

Joanna Haslam is an ambitious young journalist, assigned to cover the legendary actor’s funeral. The great and the good of the celebrity world are there. But Joanna stumbles on something dark beneath the glamour: the mention of a letter James Harrison has left behind, the contents of which others have been desperate to conceal for over seventy years. As she peels back the veil of lies that has shrouded the secret, she realizes that there are other forces attempting to prevent her from discovering the truth. And they’ll stop at nothing to reach the letter before she does.

The Love Letter is a thrilling novel full of secrets, lies and unforgettable twists. from the internationally bestselling author, Lucinda Riley.

This title was originally published as Seeing Double under the name Lucinda Edmonds.

I am a big fan of Lucinda Riley and have read all of her books to date and I pre-ordered this book as soon as I spotted it on amazon, so receiving an advance copy to read and review made my day 🙂

I put the book I had been reading to one side and started this book straight away and at once I was hooked. Joanna is impossible to not like, she is such a strong character and her relationships between the other characters is what makes this book i think.

Marcus however was not so instantly lovable but he does redeem himself in the end! His sister Zoe is another great female protagonist and it is her that I ended up wanting to know more about. The fact that she has her own storyline that’s weaved and interwoven with Zoe’s worked really well and it had me guessing at the underlying plots.

There are a few plot twists and turns in both layers, Zoe’s love life and the letter that has brought chaos and loss to everyone involved. That storyline with the letter added the mystery and a fairly sinister element to the romance and shows a darker side to people and what they are prepared to do to protect what they believe to be the right thing.

The mystery surrounding a 70 year secret unravels slowly and I thought I had figured it all out but NO, I can safely say that I never in a million years guessed the ending!! I can’t say much about it otherwise it would be a major spoiler but I can say is that it will probably have you scratching your head as bemused as i was! A genuine WTF ending that I am sad to say im not sure i liked! There a few elements at the end that let the book down and made it way to far-fetched for me sadly.

Not one of her greatest but still a great read and I would still recommend this book to anyone that enjoys a good romantic suspense and mystery.

Thanks to Pan Macmillan and NetGalley for my complimentary copy in exchange for my review. Opinions expressed in this review are completely my own.

Every Last Fear by Alex Finlay Blog Tour 19 March
My new book arrived early 😍
The Blame by Kerry Wilkinson
500 years ago: eight martyrs were burnt to death
The Burning Girls by @cjtudorauthor blog tour 24 Jan 🖤
For my birthday this year, I'm asking for donations to Munchkins Miniature Shetland Rescue. Please consider donating to make my birthday extra special this year!