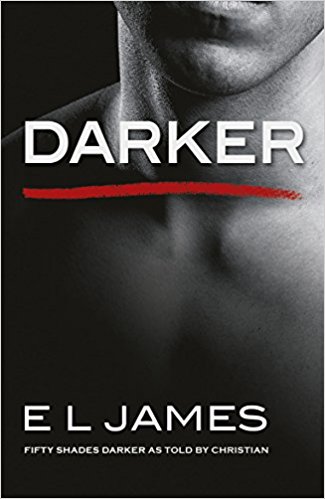 Their scorching, sensual affair ended in heartbreak and recrimination, but Christian Grey cannot get Anastasia Steele out of his mind, or his blood. Determined to win her back, he tries to suppress his darkest desires and his need for complete control, and to love Ana on her own terms.

But the horrors of his childhood still haunt him, and Ana’s scheming boss, Jack Hyde, clearly wants her for himself. Can Christian’s confidant and therapist, Dr. Flynn, help him face down his demons? Or will the possessiveness of Elena, his seducer, and the deranged devotion of Leila, his former submissive, drag Christian down into the past?

And if Christian does win Ana back, can a man so dark and damaged ever hope to keep her?

Although I sat and read this book in one sitting and missed out on more than a few hours sleep I am a little disappointed with this book. I was expecting and hoping for a lot more from Christian’s side of the story. It would have been nice to have gone more in-depth his mind and his past and flesh out his relationship to Elenor (Mrs Robinson!) instead of just covering what we already know from Fifty Shades Darker. And I’m almost sure some of it is identical to that book, except with “straining erections” instead of “wet and throbbing” And in Miss Steels words their wasn’t any new revelations about Christian’s “kinky fuckery”

I think i was expecting his side to be darker and that he would be cold and hard just like he was portrayed in the earlier books. But this book shows his softer side without very many shades! But then, that could just be how i perceived his character in my own head maybe?

As with the other books you can’t overly analyse this fictional relationship as it is wrong on so many levels, Domineering/Abusive, Love/Obsession to name a few and I know the originals caused many a heated debate among book clubs and i am sure this book will provide a few more hours of debate.

But  I really quite enjoyed it

Although it sounds like all I have done is criticise this book, taken on a pure fictional basis I really did enjoy it, although the lack of sleep is no catching up with me now! I have no doubt that this book will be as successful as its original and anyone who enjoyed the books the first time around or are in need of a Fifty Shades fix, this will hit the spot 🙂